You are here:
Nursery ActivitiesNursery Skills 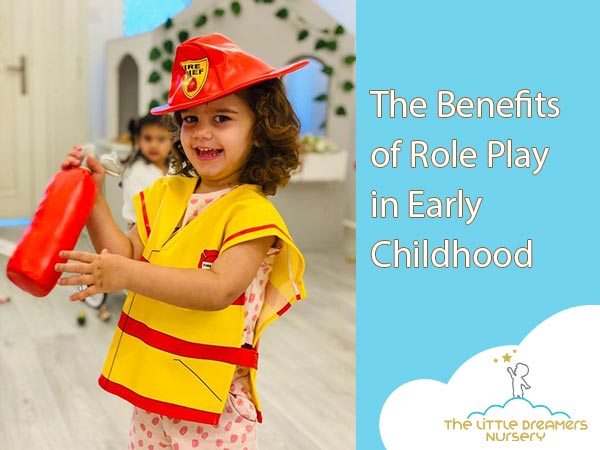 Children gain a lot from the benefits of role play; role play fosters children’s self-esteem, creativity, communication skills, physical development, and ability to solve problems. It’s a good way for children to get into character, act out real-life or imaginary performances, and have a lot of fun. It’s all up to the children, and it’s a great way to get them excited about taking risks and being creative in their roles. It’s a fun method for children to learn about many professions and everyday circumstances by using themed props and equipment. Let’s take a look at the many benefits of role play in early childhood and what role play is and its importance.

Role-Playing comes in a variety of Types 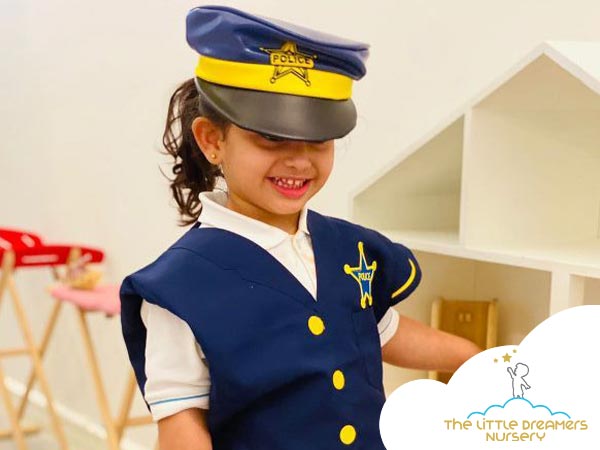 Reasons why role-play is important in the early years?

According to recent studies, children’s creative thinking and cognitive flexibility are strongly enhanced as part of the benefits of role play. Imagination is a skill that must be developed as early as possible for children to imagine good books and grasp other points of view later in life. Imagination and creativity are the cornerstones when it comes to genius inventions, innovative cures, and cutting-edge technology. Our nursery activities in Dubai can build and improve the children’s imagination and creativity.

Social and emotional development is part of the benefits of role play. It’s not uncommon for children to imagine themselves in a situation where they may readily interact with other people, such as in a playground. Playing a character or person of their choice is the goal of this activity for children. They learn how to empathise with others by putting themselves in the shoes of this character. Role-playing helps children learn to manage their emotions and resolve problems more easily. 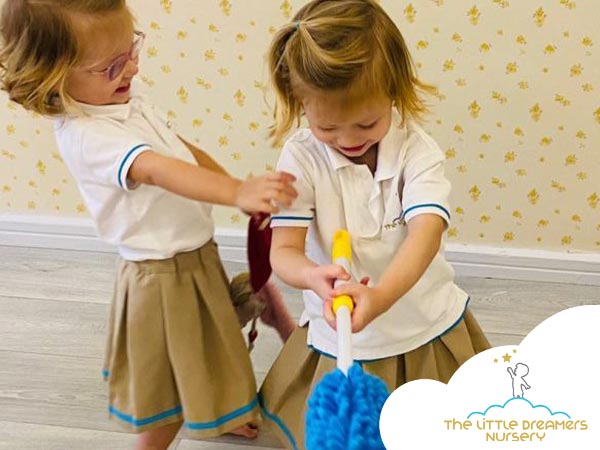 3-Enhances fluency in other languages and communication

Role-playing has a huge impact on communication! In a group setting, youngsters acquire new words and expressions from regularly engaged individuals. A child’s vocabulary expands as they experiment with different ways of expressing themselves to their peers. Their ability to listen and understand others improves as they practice new vocabulary.

As a result of the benefits of role play, role-playing automatically generates situations that children haven’t previously been confronted with. As a result, they need to develop a novel solution. While role-playing in a group, they begin to acquire problem-solving skills.

In addition to the other benefits of role play in early years, role-playing can help children’s physical development in the early years. Children enjoy pretending to save the day by hurrying to the scene of an accident and climbing ladders to put out a burning fire. A child’s hand-eye coordination and fine and gross motor skills are being honed through role-playing.

Conclusion for benefits of role play

Involvement in role-playing games is a great opportunity for children of all ages to learn and practice important life skills. The benefits of role playing games are numerous. As part of the benefits of role play, parents can learn about their child’s challenges by having them participate in a group discussion. Playing in a safe environment might inspire children to engage in role-playing. But if you don’t have such an environment at your house, our nursery in Dubai can provide your children with one.

Book a Tour Now to Visit our Nursery in Dubai!

Benefits of Yoga for toddlers (A complete Guide for parents)
June 26, 2022