What is child development? The development of a child proceeds via distinct phases. There is a consistent pattern of Child Development Skills. Some children may go through a developmental stage more quickly than others. There are checkpoints at each stage of development. This is why many professionals refer to them as “growth milestones.” Let’s take a look at the areas of child development.

A newborn has no preexisting linguistic knowledge. But as he or she observes how others reply verbally, his or her grasp of the language improves. Learning how to talk is a process that often takes time. A newborn will begin to respond to spoken language early on; such as making gestures or babbling. Over time, he or she develops the ability to articulate their wants and requirements through the use of language. That is the very beginning of language acquisition. When a child reaches the age of one, they begin to acquire the ability to communicate through the use of words. Object names, pronouns, etc., are all things they pick up in the following year. Then, naturally, linguistic abilities will develop with age. 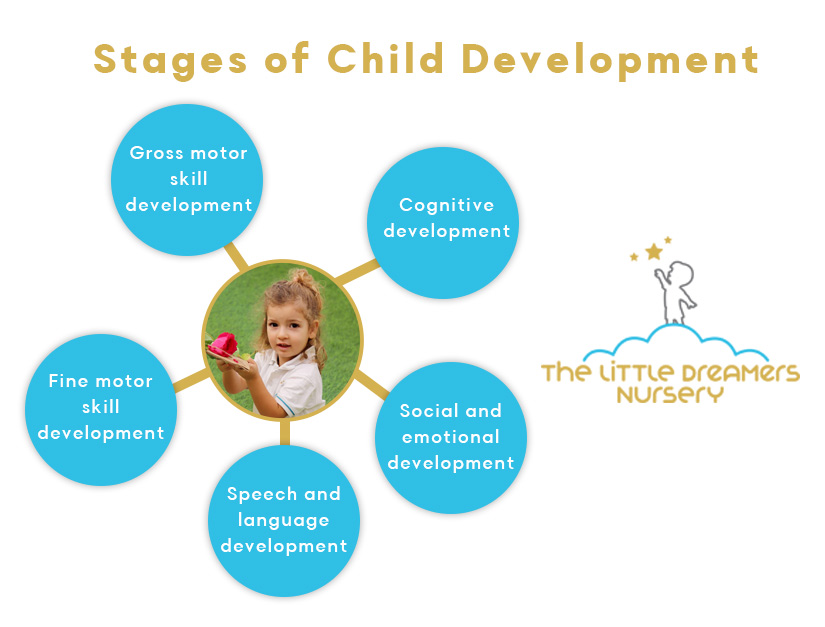 The ability to think, reason and grasp concepts are what we mean when talking about the cognitive domain of Child Development Skills. Cognitive childhood development can be broken down into four separate phases, as defined by developmental psychologist Jean Piaget. From the day of birth to about two years of age, people are in the sensorimotor stage of cognitive development, during which they can only perceive the world through their senses. The child starts to discover the difference between themselves and their environment. By the time a child is between the ages of two and six, they begin to use language in their observations of the world around them.

One of the most beneficial and valuable skills a person can acquire is the capacity to understand, and use language. Phonology is considered the study of how sounds are combined to produce words; Syntax is the study of how used words are put together in sentences; Semantics is the study of meaning and nuances of meaning; and Pragmatics is the study of how speakers interact with one another. Individual differences exist in the timing of the development of verbal communication skills; however, many two-year-olds are already capable of at least telegraphic speech, wherein short sentences convey the substance of a demand or need.

Child Development Skills and human movement development are linked to the maturation of neural and muscular tissue. Muscles contract and relax to enable even the most fundamental of life’s actions. This requires the maturation of the infant’s muscular structure, so that appropriate movements may be made. As a result of the strain fixed on the skeleton when grasping or carrying heavy objects, bone density must increase. Even the most basic types of movements require a great deal of muscle effort.

As a child develops, they go through many stages of movement. These are the major developments, such as sitting up, standing up, walking, and running. The body’s muscles must be sufficiently strong and healthy at each developmental stage. For example, once an infant has been sitting for a while, they will soon realize that their legs are strong enough the stand up, with the help of activities and games.

Change, growth, and regression occur simultaneously across many areas of Child Development Skills. Children always experience some degree of change in all areas of development. By gaining awareness and showing your support for your child in each area, this will benefit their development. 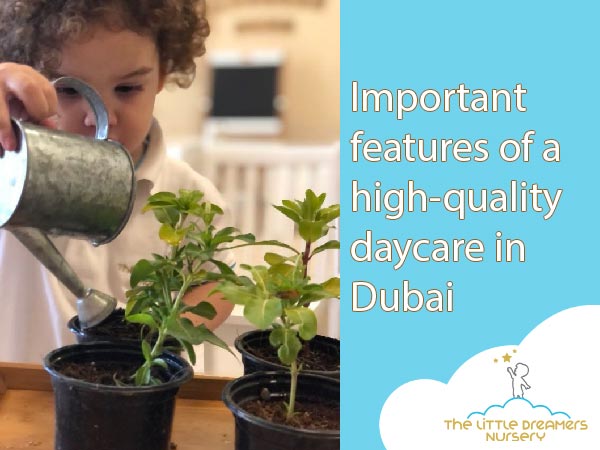 9 important features of a high-quality daycare in Dubai

This post discusses the features of a good daycare in Dubai. We will explore how we can be assured that the nursery school we selected is suitable. Early childhood education and care are important to most families looking for child care. Even though this seems like a no-brainer, a first-time parent with no experience with… 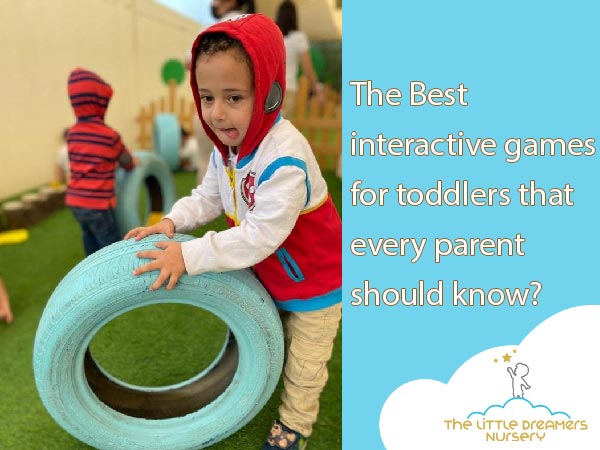 The Best interactive games for toddlers that every parent should know? 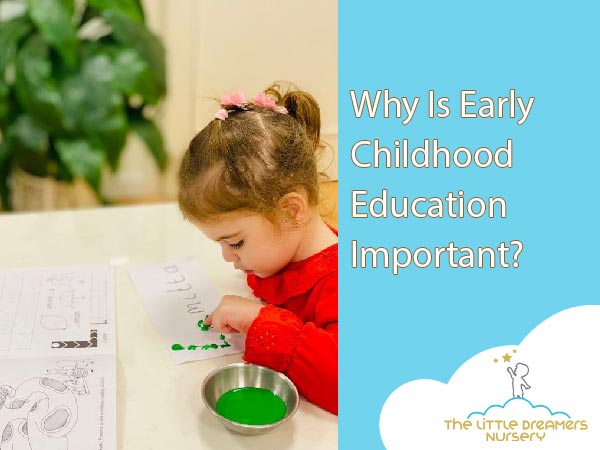 Why Is Early Childhood Education Important?

Early childhood education in Dubai is the upbringing between birth and the age of eight. Scientists believe this is a pivotal time in children’s lives as they first learn to interact with others, including peers, teachers and parents. They should also begin to develop interests that will accompany them throughout their lives. Despite the common… 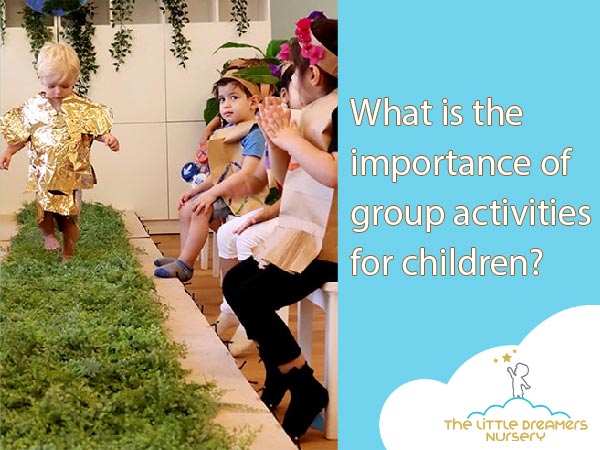 What is the importance of group activities for children?

Young children learn fundamental skills which are necessary to participate in society through various group activities for children at The Little Dreamers Nursery. Games, dancing, outdoor recreation, and sports are all dependent on learning these skills. The program helps them to develop their creativity, communication, language, and physical skills. In order to create the ideal… 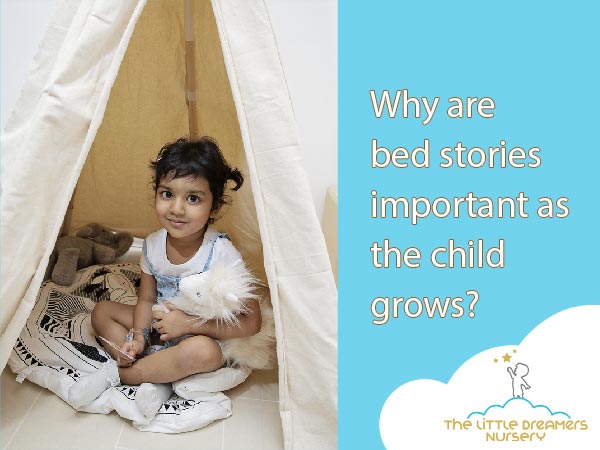 Why bed stories are important as the child grows?

Do you know why bed stories are important as the child grows? The best thing you can do for your child (and yourself) is finding time to read to them regularly. To answer the question of “Are bedtime stories important?” Please see the findings below: According to the American Academy of Pediatrics, parents should start… 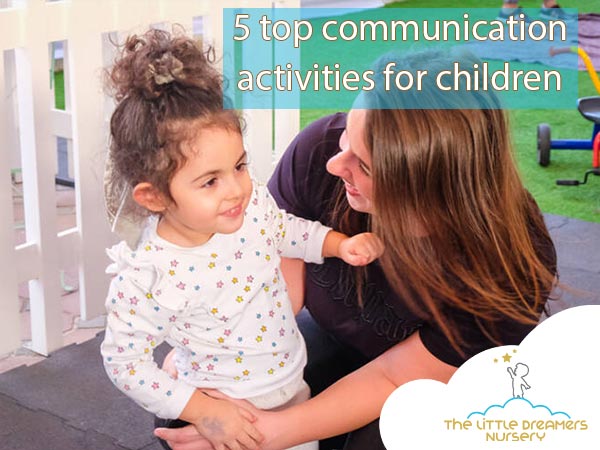 Because of the proliferation of electronic devices in our daily lives, communication activities for children are very much needed. Children spend less time engaging in face-to-face conversation because they are surrounded by devices like iPads, smartphones, and televisions. Your children, however, will soon discover that communication is one of the most important skills. What activities… 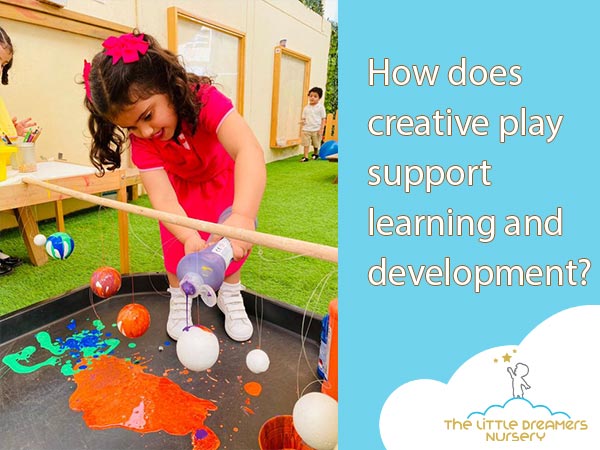 Wondering how does creative play support learning and development? As a child grows, so does their ability to express themselves creatively. Children can grow emotionally, socially, academically, and physically, via creative and imaginative play. A child’s ability to express their thoughts, feelings, and ideas grow, due to creative activities. A child’s growth is enhanced when… 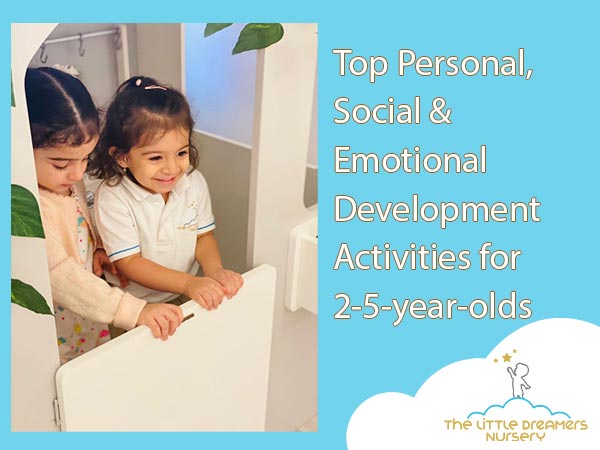 Help your child become more socially adept or better able to regulate their emotions. Preschoolers’ Personal, Social and Emotional Development can be enhanced at home with engaging activities. Let’s take a look at some of the best personal social and emotional development activities for 2-3 and for 3-5 year olds.   What is the… 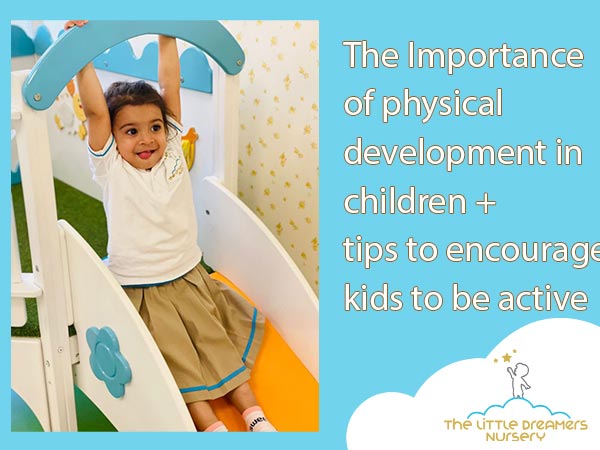 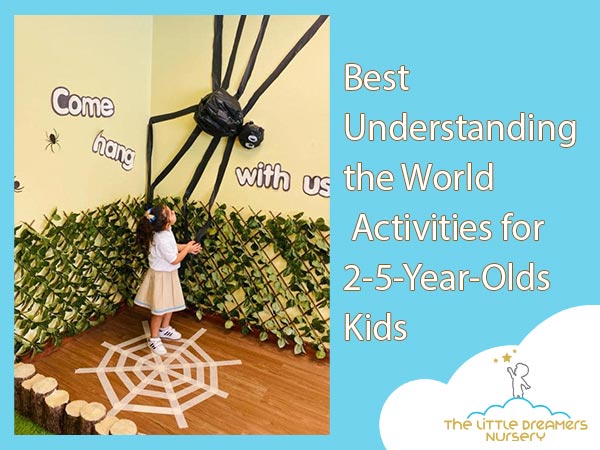 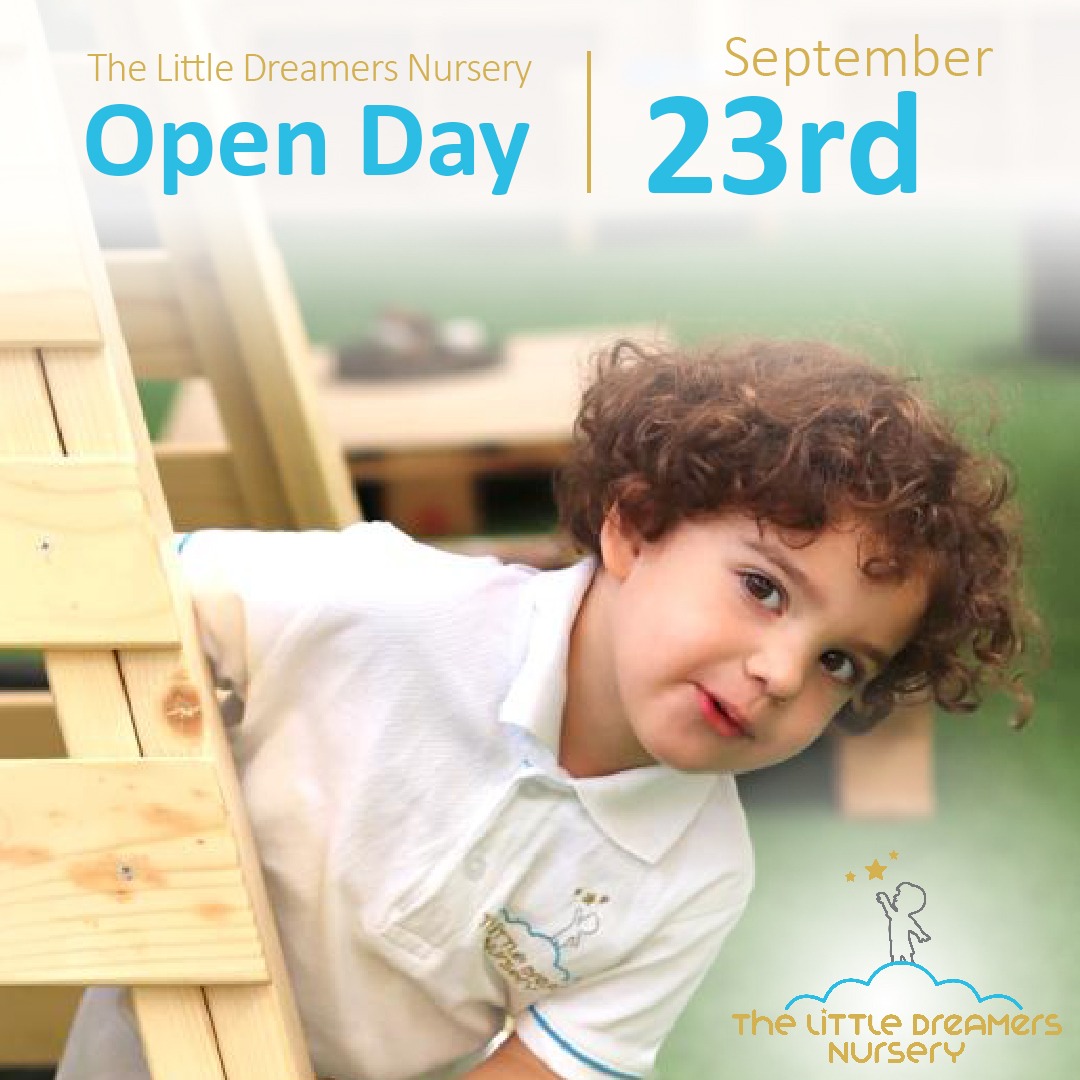